Affordable housing if you can afford it: HAAGs repsonse to #Budget2017

‘The measures put in place in this budget seem to cater mostly for middle-class, income earners and neglect the needs of the most vulnerable; those on government pensions’ says co-manager at HAAG Fiona York.

Yesterday’s budget announcements include shifting the responsibility for public housing out of the government’s hands and into private enterprise via the use of a bond aggregator system as well as public housing stock transfers to community housing providers.

A recent report by AHURI explains that housing developments financed via the bond aggregator model would be targeted at ‘adequate’ income earners and are therefore unlikely to be available for households reliant on government pensions.

Ms York says, ‘HAAG are gravely concerned that the government have effectively stopped supplying public housing in favour of a system that does not necessarily cater for the most vulnerable’.

HAAG are equally as critical of the ‘incentive’ for older home owners to downsize by selling up and placing part of their profits into super. “This isn’t encouraging people to age in place, it’s asking them to kindly age in another place and incur the costs, which can be more than $25000. It also doesn’t consider the emotional impact of selling up and moving away from your community and supports.”

This incentive also fails to recognise that there is a declining rate of home ownership amongst older people, and a growing number of older people are retiring with mortgages.

“We see about 1500 older people every year who are struggling to keep their homes, or have already lost them. Many come to us on the brink of homelessness, relying on friends or family, couch-surfing or barely keeping their heads above water in private rental. This budget has not taken into account this growing cohort of older people -the ones it should have catered to first” says Fiona York.

One positive move from the Treasurer is the acknowledgment of the need for homelessness and housing services and the continuation of their ongoing, indexed funding. “Although this funding was not increased it is a relief to know it is finally ongoing “. 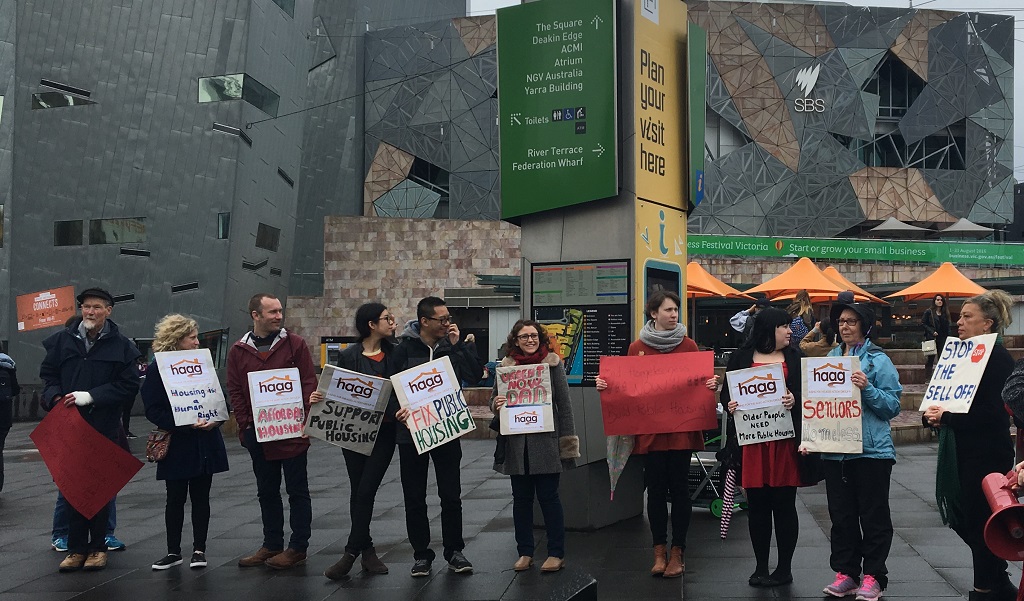 More Victorians than ever before are approaching and entering retirement without owning their home, according to analysis of the 2021 Census commissioned by Housing for the Aged Action Group (HAAG)... END_OF_DOCUMENT_TOKEN_TO_BE_REPLACED

The lives of older people experiencing homelessness, particularly older women, will improve markedly if the New South Wales Government moves to implement the recommendations handed down today by the Social... END_OF_DOCUMENT_TOKEN_TO_BE_REPLACED