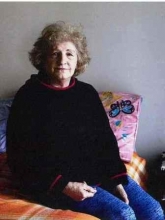 Read the story as it appeared on-line in the Age.

Left out in the cold by a state reluctant to invest

Article by Kenneth Davidson in The Age, Monday 26th January 2015

"Homelessness is only the tip of the iceberg of the growing failure of governments – state, federal, Labor and Coalition – to meet the basic shelter needs of the bottom 40 per cent of low-income households. According to the Productivity Commission's 2014 Report on Government Services, the proportion of low-income households in rental distress in Australia grew from 35 per cent in 2008 to 41 per cent in 2012....."

Read  the article as it appeared in the Age

The 7.30 Report  on the ABC  rang the story  “Older Australian women becoming homeless at increasing rates” on Friday 9th January 2015.

Reporter: Amy Bainbridge.  More older Australian women are becoming homeless and advocacy groups say Federal Government funding cuts to the homeless sector will only make the problem worse. follow the link to the story with transcript: 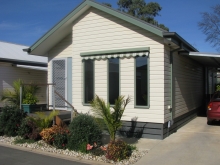 A new lease on life

WHEN a series of health issues prompted John and Diana Davison to downsize from their Langwarrin family home, they initially considered buying a smaller stand-alone unit or moving into a traditional retirement village.

Instead, the retired accountant and schoolteacher settled on a portable factory-built home in a manufactured housing estate in Cranbourne, buying the house and securing a 90-year lease over the land.

“We looked at a retirement village but the people there were just too old for us, whereas here there are people who still work,” Diana, 70, tells BusinessDaily.

Preventing Homelessness in Older Culturally and Linguistically Diverse (CALD) Communities Project 2015. This exciting 12 month project is a joint initiative of HAAG (Housing and the Ethnic Communities' Council of Victoria. 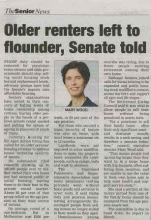 The Seniors News, January 2015, had the following article "Older renters left to flounder, Senate told". The article reported on the Senate's inquiry into affordable housing and mentions a submission made by HAAG. 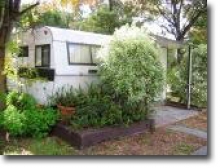 Victoria’s house price boom and tight rental market are pushing people to the margins, but many have found solace in one of the hundreds of caravan parks around the state. And they have no intention of leaving, reports Kate Stanton.

Wednesday, January 12, 2022
We pay tribute to our long-time member Richard Tate who sadly passed away late last year, and play a short clip from his talk to the Unitarian Church about the importance of public housing. We hear from panellists who spoke at last year's At Risk Forum about local solutions to older women's homelessness. First we hear from Erin Dolan, Lord Mayor's Charitable Foundation, about the foundations Affordable Housing Challenge funding. Then we hear from Rebecca Oelkers, CEO of the Brisbane Housing Company about their older women's housing project. The panel is hosted by Dr Kate Raynor from Melbourne University.You can watch the complete video of the panel here
Listen in on 3cr.org.au