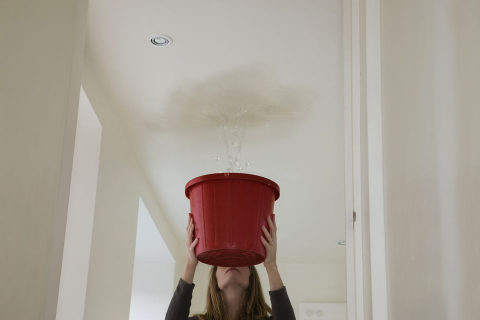 Maryanne (not her real name) lived happily in a retirement village for over ten years. She was in her mid 80s when construction work in a common area above her unit disrupted a drain above her library, causing serious flooding during heavy rain. Over the months this problem persisted, Maryanne’s physical and mental health both deteriorated; she also became more socially isolated as she felt increasingly obliged to stay home in case the flooding recurred. On multiple occasions, she was reduced to bailing out water in buckets, including once as late as 3am.

Management refused to acknowledge there was a link or provide any assistance, and suggested she was liable for repairs. Maryanne found their attitude towards her offensive, beyond their refusal to fix the problem. The village manager repeatedly described her as ‘confused’ while dismissing her real concerns – a description she considered an unfounded and insulting suggestion of mental health decline.

Maryanne’s contract made the village responsible for maintenance of the common areas. In refusing to carry out repairs, management relied in part on the lack of clearly established contractual obligations to do so, and on confusing and obfuscatory definitions of ‘common areas’ in the agreement.

As it became clear that management would not voluntarily undertake repairs, Maryanne reluctantly made a VCAT application. When her matter reached mediation some three months later, she found Dispute Settlement Centre staff unhelpful and insensitive, and again felt insulted by the manager’s dismissal of her concerns. When the negotiated settlement failed she was forced to reinstate her VCAT application, and management finally carried out repairs only months later with a hearing pending. By this time, Maryanne had developed severe anxiety and depression about her living situation, developed physical health problems as direct and indirect results of the leak (for example, an arm injury from bailing out water, and weight gain connected to decreased social activity), and lost furniture, books and irreplaceable personal belongings to flood damage.

Two years after the repairs were completed, Maryanne still lives in the village. She has lost all trust in the provider, and fear what may happen if another fault arises. She would like nothing more than to leave, but could not afford to buy into a comparable village (or other suitable accommodation) after paying out the contracted Deferred Management Fees (DMF). When she eventually sells the unit, the owner will share any capital gain and she will pay over 30% of the sale price for the privilege of having lived there.

Maryanne's story illustrates the need for reform in our submission to the Review of the Retirement Villages Act 1986.

More Victorians than ever before are approaching and entering retirement without owning their home, according to analysis of the 2021 Census commissioned by Housing for the Aged Action Group (HAAG)... END_OF_DOCUMENT_TOKEN_TO_BE_REPLACED

The lives of older people experiencing homelessness, particularly older women, will improve markedly if the New South Wales Government moves to implement the recommendations handed down today by the Social... END_OF_DOCUMENT_TOKEN_TO_BE_REPLACED